Upgrading of experimental facilities driven by the war lessons for further development of shipbuilding.

The first post-war ten-year program was adopted in 1945 which envisaged the design and construction of new ships of practically all types (including battle ships and heavy cruisers).

Regulations for stability and subdivision for design of surface ships are developed under the guidance of Director V.I. Pershin based on the results of theoretical research, model tests and sea trials led by G.A. Firsov. 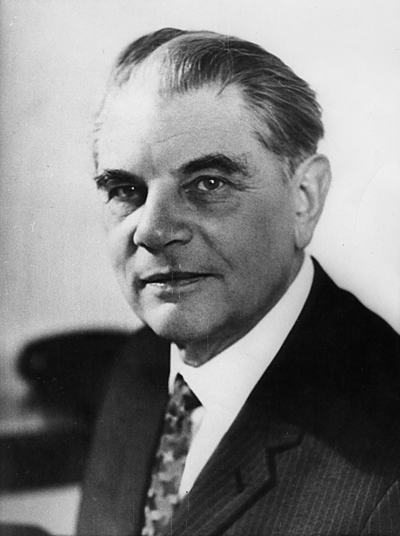 Seakeeping trials of the destroyer Otchetlivyi, Pr. 30 bis, provided extensive data for elaboration of requirements regarding the hull form and structural design of this ship type and highlighted the seaworthiness issues in the design of new ships. 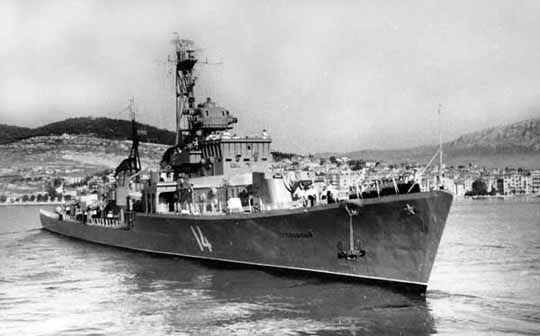 Design of the first prototype nuclear submarine, Pr. 627, is started. RADM V.I. Pershin, Director of the Institute and engineer by profession, is in charge of the scientific part of the project. In the 1950s the Institute performed a range of studies looking at propulsion, maneuverability and strength aspects of the nuclear submarines. 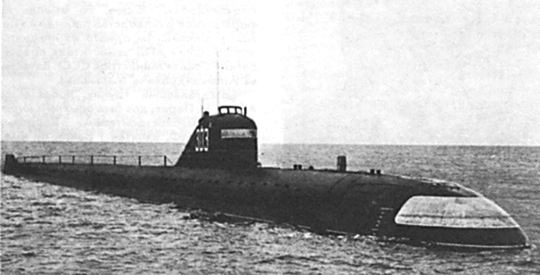 А.I. Voznisenskiy and G.A. Firsov work out fundamental principles for the province in the seakeeping theory: spectral theory of ship motions in irregular waves.

A package of studies is performed to support the destroyer of Pr.56 design.


The Institute develops and implements rudders of novel design to reduce roll angle in ship turning maneuvers. These type of destroyers are the first series-built ships equipped with anti-roll fins giving three-fold reduction in roll amplitudes.

First low-noise propellers are developed for submarines of P.611, 613 & А615 under the guidance of A.D.Pernik giving a 1.5-fold increase in quiet speed.

Construction of the core model basins and experimental facilities in the region of Srednya Rogatka is completed. 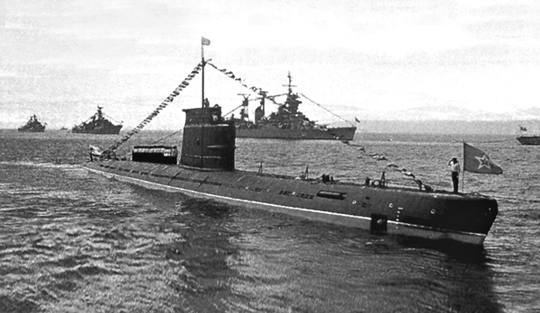 Elaboration of methods for prediction of hull structure vibration taking into account external forces induced by propeller (1955 & 1958 — issue of regulatory documentation on global and local vibration).

New  installations with high steam performance. Propulsion plant developed for the destroyer of Project 41 is developed as prototype for future projects.

Installation and finishing of the  Cavitation Tunnel. 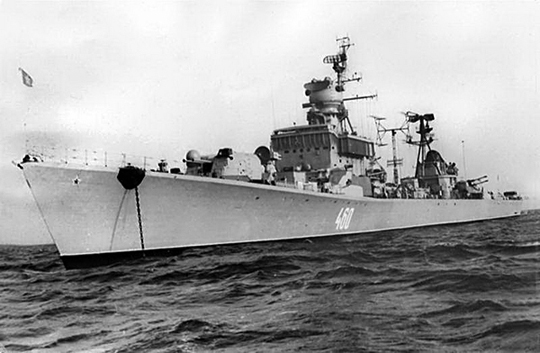 The advent of nuclear arms giving an impetus to theoretical and experimental research efforts at the Institute aimed to protect ships from impact of nuclear weapons by means of raising structural strength, resistance of shipboard machinery and equipment to explosions and shocks.

In the1950s ships and submarines are started to be armed with nuclear-guided missiles and the roles and missions of various ship types are re-examined.

In the context of a wide range of alternative engineering solutions related to the advent of new weaponry, innovative structural materials and power plant configurations the Institute was lead to develop the methodology for quantitative evaluation of engineering solutions in ship design using cost-effectiveness criteria based on the operations research theory.