The Naval Shipbuilding Research Institute (NIVK) is established emerging from the Model Basin and related laboratories.

The model basin upgrading is started, the tank is lengthened by 27 m and equipped with a new automated fast carriage.

A building is erected to house the cavitation tunnel bought from Germany long time back before WW I. 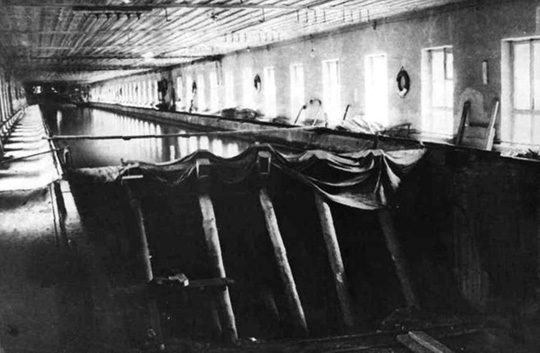 Tank extension (yet to be filled with water) 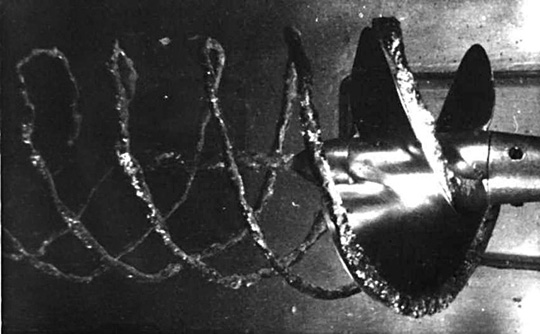 In the early 1930s NIVK begins to shape up a new line of research — forward-looking ship design studies covering formulation of ship specifications, conceptual design as well as in some cases basic design of practically all newly emerging naval ships in this country.

Establishment of  civil engineering company Sudbasstroi intended for design & construction of a new family of test basins and experimental facilities for NIVK on Srednya Rogatka (location on the southern outskirts of the city). The construction is started in 1936. 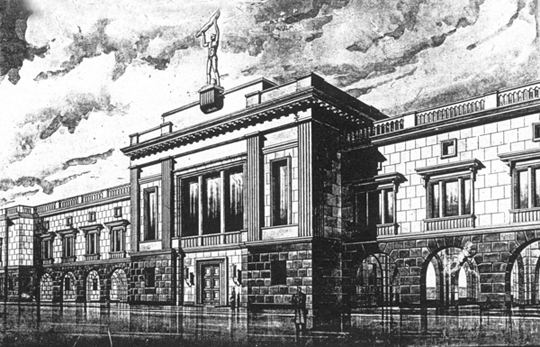 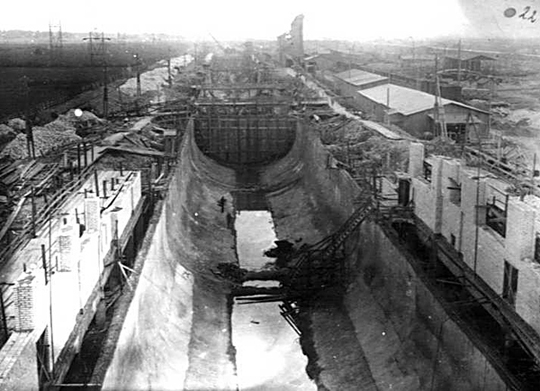 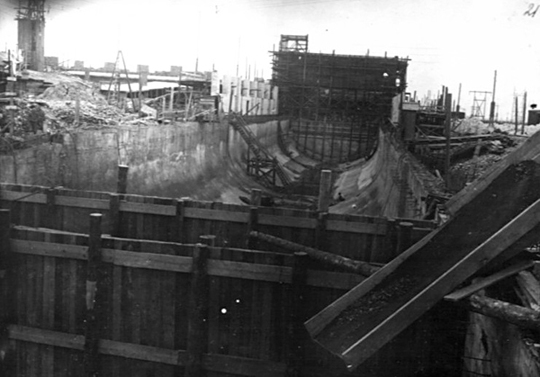 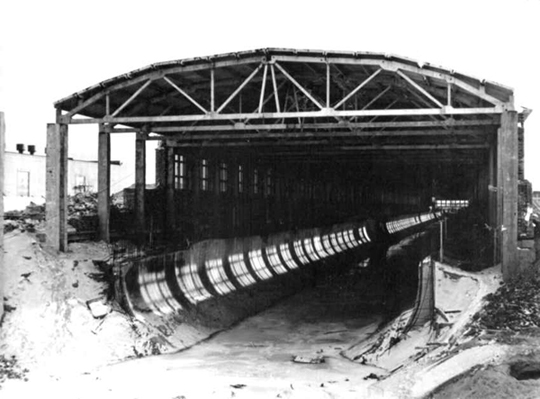 A range of issues related to ship structural design are resolved in the 1930s. The regulatory & engineering basis is elaborated for design and construction of naval and merchant ships of all types including submarines. The monographs written by A.N. Krylov, Yu.A. Shimansky, P.F. Papkovich, V.V. Novozhilov during these years can be collectively treated as the encyclopedia of ship structural design theory. 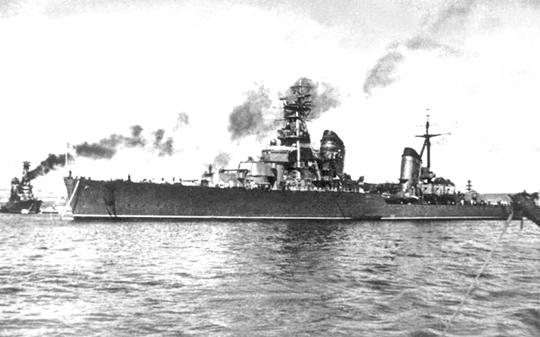 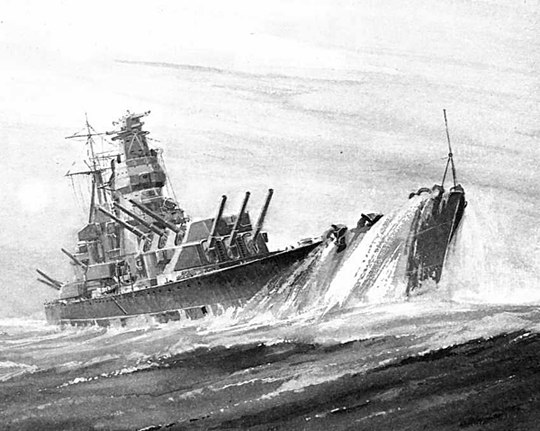 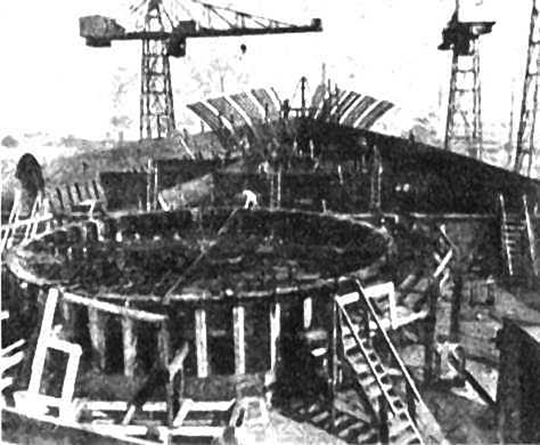 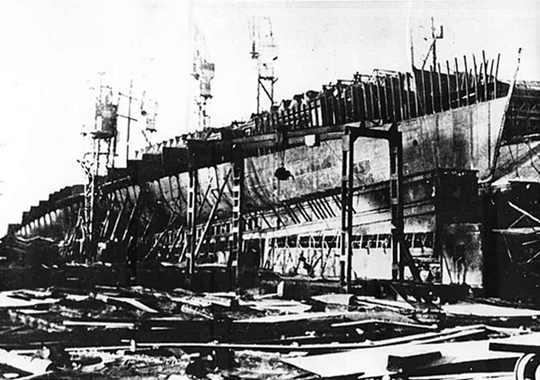 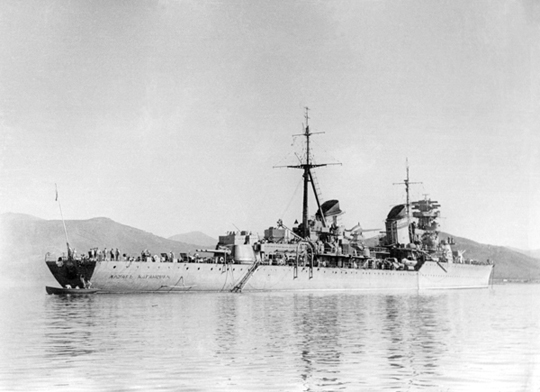 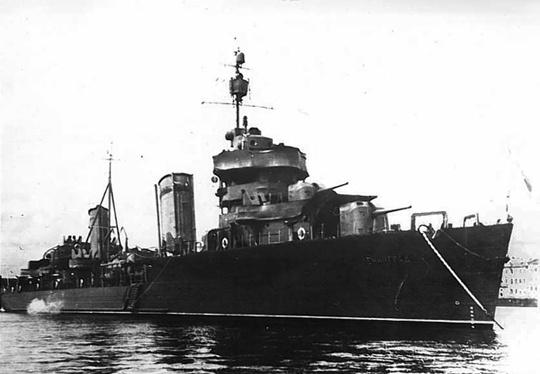 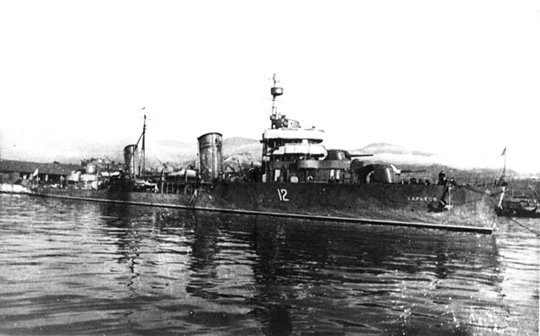 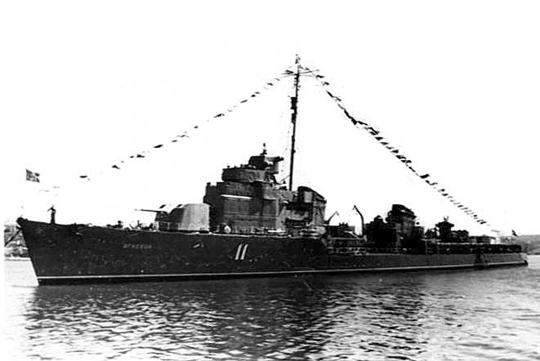 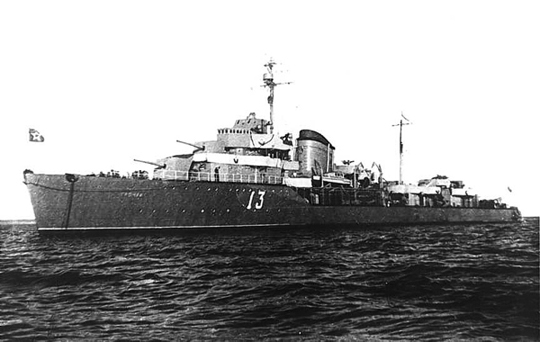 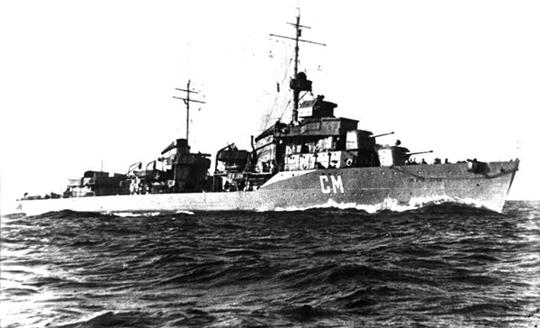 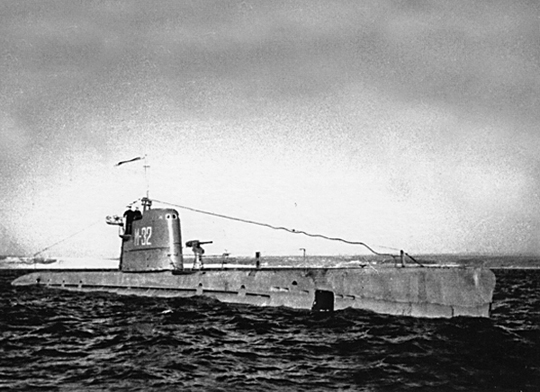 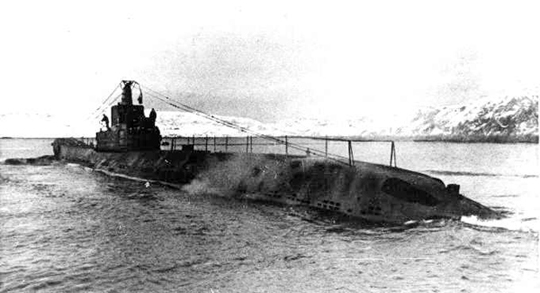 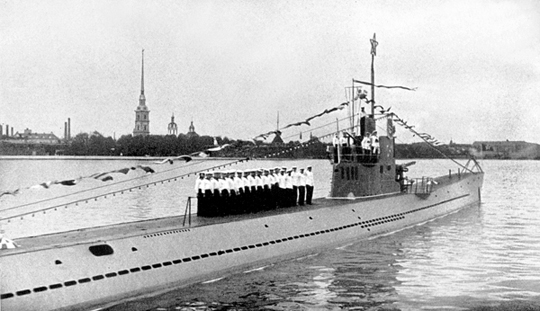 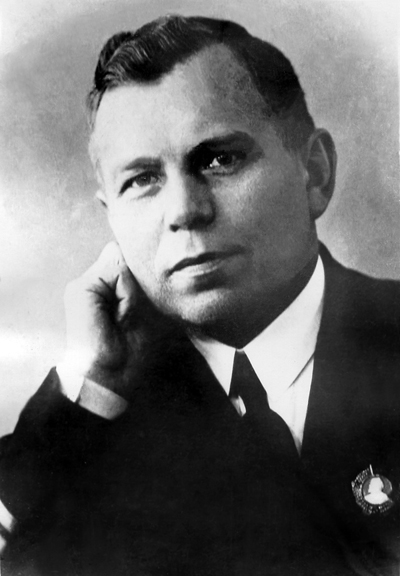 The Naval Shipbuilding Research Institute (NIVK) is transferred under the authority of the USSR People’s Commissariat of Defence Industry (Ministry) and takes the role of a leading ship research institute NII-45. Establishment of the People’s Commissariat of Shipbuilding Industry headed by I.F. Tevosyan who initiated the decision to transfer NIVK from the authority of the «Workers’ and Peasants’ Red Fleet» (Navy) to the industry, while the Institute’s naval officers remained in active military service. 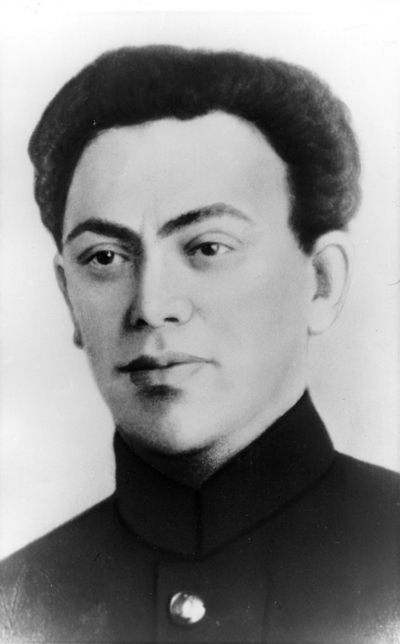 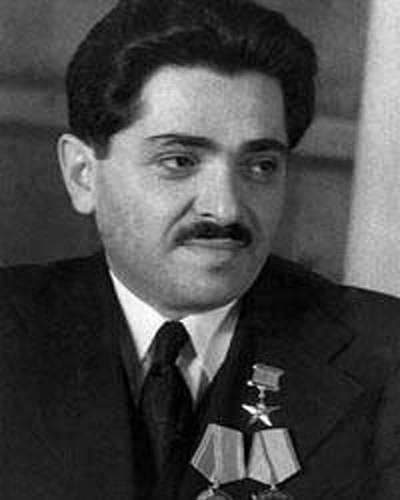 Design of the first national aircraft carriers is started (Project 71). TsNII-45 was the first and sole establishment of the People’s Commissariat of Shipbuilding Industry which worked on this project. Additionally the Institute is involved in the development and manufacturing of ship catapults for deck aircraft.

In 1940 Engineer captain 2 class (in future promoted to the rank of engineer — rear admiral) V.I. Pershin is appointed Director of TsNII-45. 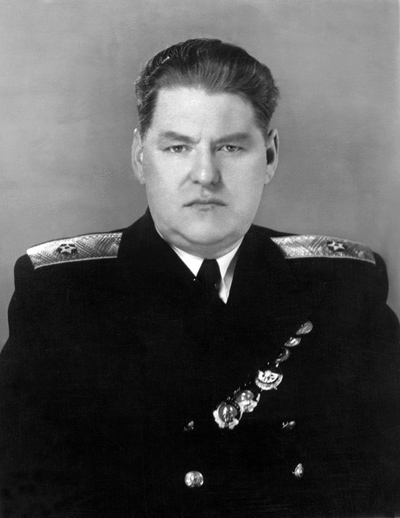 People from the Institute go to the WWII and fight in the army and navy defending Leningrad and their mother country. The Institute takes part in repair and renewal of combat ships, it works for the navy and improves the design of warships and naval technologies. Recommendations are worked out to achieve better performance and efficiency.

The Institute takes strenuous efforts to study the combat feed-back and put to use captured and lend-lease materiel. New ships are designed, not envisaged earlier in pre-war shipbuilding programs. Fundamental research and forward-looking R&D studies are continued. Design studies are performed to build up the post-war fleet. 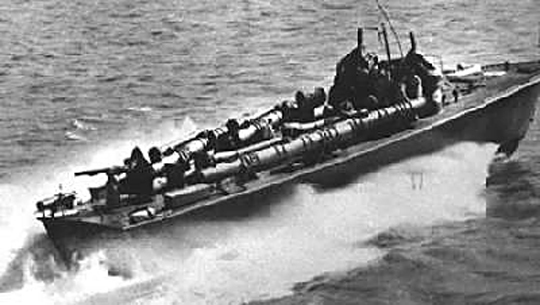 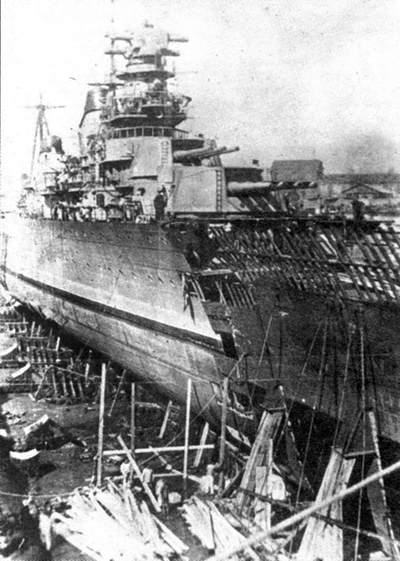 From almost 500 employees of the Institute not called up for military service 400 people are evacuated to Kazan. About 80 people remain in the sieged Leningrad and work in the Leningrad branch of the Institute. Their task is to keep up experimental facilities and provide technical assistance to shipbuilders as well as the Navy and Army.

In particular, the Institute laboratories are used to set up a workshop to repair engines for torpedo boats where 96 engines have been repaired. The Institute staff takes part in the repair and renewal of combat ships based in Kronshtadt and Leningrad. In parallel lessons are learned from the kinds of damage suffered by ships in combat.

In 1942 the R&D project for development of special ice propellers was finished. Director V.I. Pershin under cover of a lecturer of the Leningrad Shipbuilding Institute of Higher Education is sent with a team of experts to the USA for studying the US experience in naval and commercial shipbuilding.

In 1943 the Institute started to support assimilation of the lend-lease materiel supplied from the USA and UK. A team headed by G.I. Zotikov completes conceptual design of the first gas-turbine engine prototype. In spite of all difficulties the Institute commissions a new cavitation tunnel and then test basin.

Over 60 people of the Institute staff were lost during the WW II: starved to death or killed by shells and bombs during the siege of the city.

The Kazan part of the Institute is mainly engaged in fundamental and forward-looking R&Ds. In particular, in 1942 Yu.A. Shimanskiy and V.F. Bezukladov drafted technical conditions for strength analysis of ship structures. Yu.V. Krivtsov organizes series model tests in the Small Test Basin, in Gorky. The Institute continues research studies on the interaction between propellers and ship hull considered to be the most challenging issue of ship propulsion performance gaining in importance due to vibration problem. Some practical tasks aimed at improved submarine stealth (elimination of sparks in diesel engine exhaust, etc.) are addressed.

In 1943 the Kazan branch successfully performed full-scale trials of anti-roll fins in the Caspian Sea. 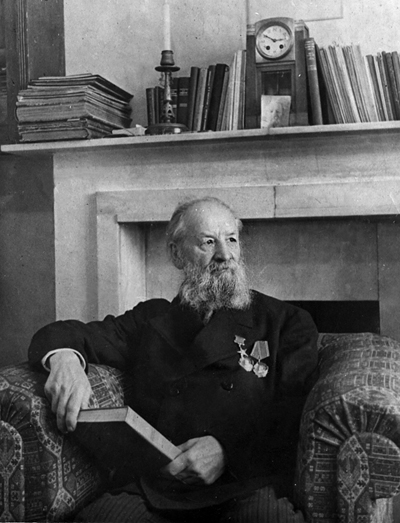