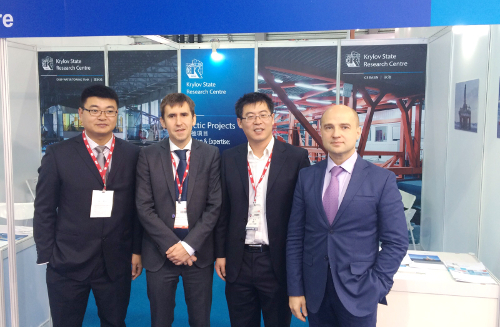 Apart from the Chinese maritime community, the Krylov Centre exhibits attracted visitors from many other Asian and European companies.

The Krylov Centre scientists and engineers also took part in the international seminar «Opportunities and prospects of cooperation between Russian and Chinese maritime industries» where they presented advanced capabilities and latest projects of the Krylov State Research Centre. The seminar was hosted by the Russian Consulate General in Shanghai and arranged with an active support of the Russian Maritime Register of Shipping.

Up
Next: Russian shipbuilders sum up their work in 2015