The launching ceremony was attended by Nikolai Tsukanov, Presidential Plenipotentiary Envoy to the North-Western Federal District, Director General of ROSATOM Alexei Likhachev, President of USC Alexei Rakhmanov, and Tatiana Golikova, Chairwoman of the Accounts Chamber of the Russian Federation, who also acted as a godmother of the icebreaker smashing a bottle of champagne at the icebreaker’s side.

A message of greetings from the President Putin was conveyed to the Baltic Shipyard saying that the icebreaker «Sibir» should help to strengthen positions of Russia as a great sea power.

It took two and a half years for the Baltic Shipyard to make the icebreaker hull ready for launching (keel laid in May 2015). Now the hull is to be outfitted afloat. This nuclear icebreaker is actually the first series-built vessel of Project 2220. The shipyard is also building two sister ships of the same Project for FSUE Atomflot: lead icebreaker «Arktika» and the second icebreaker in a series «Ural». 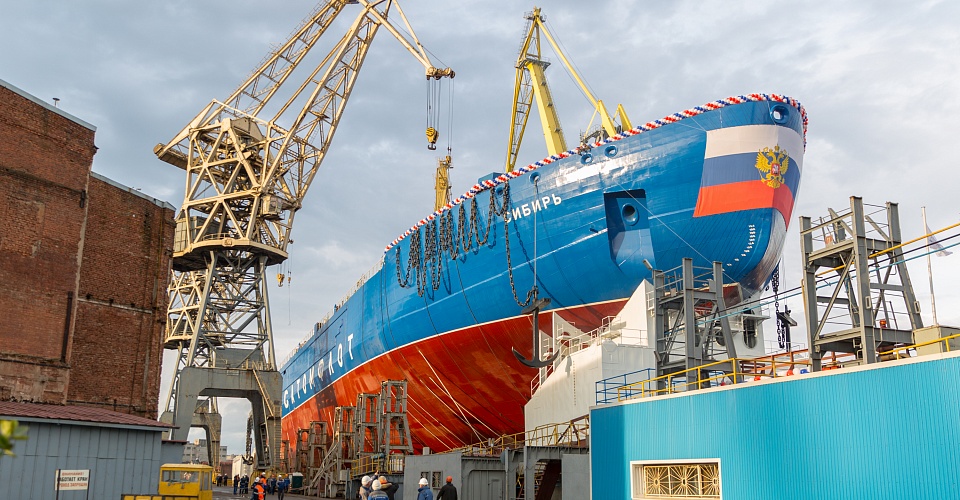 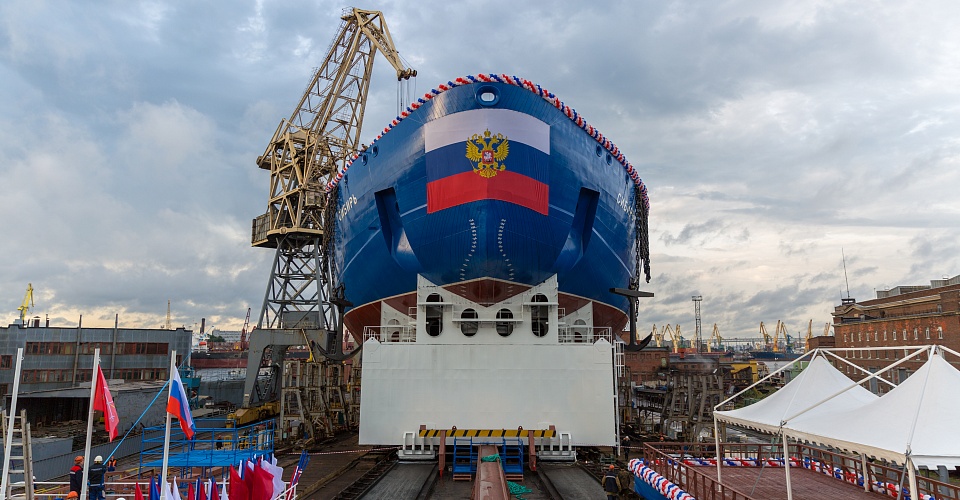 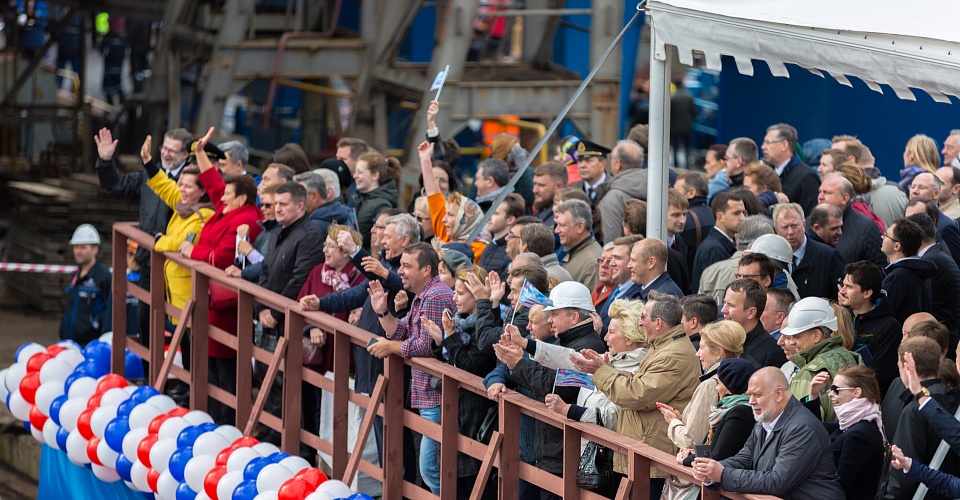 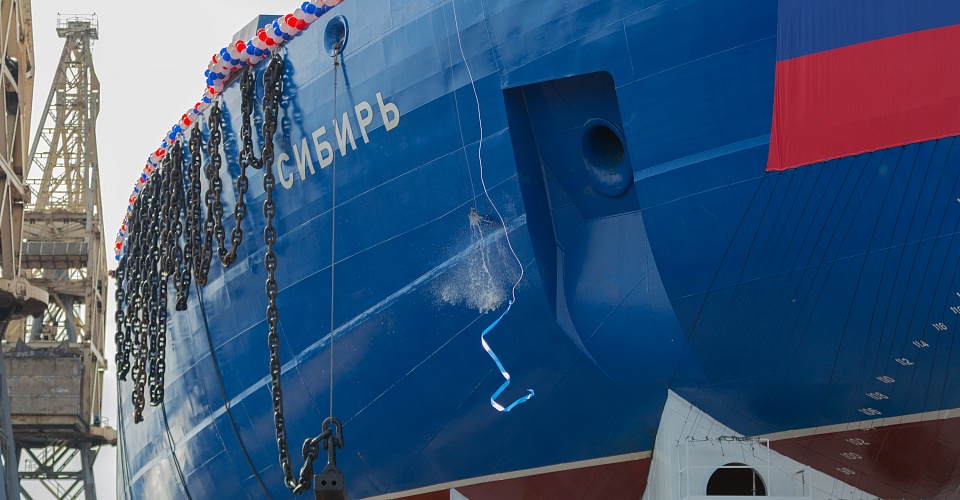 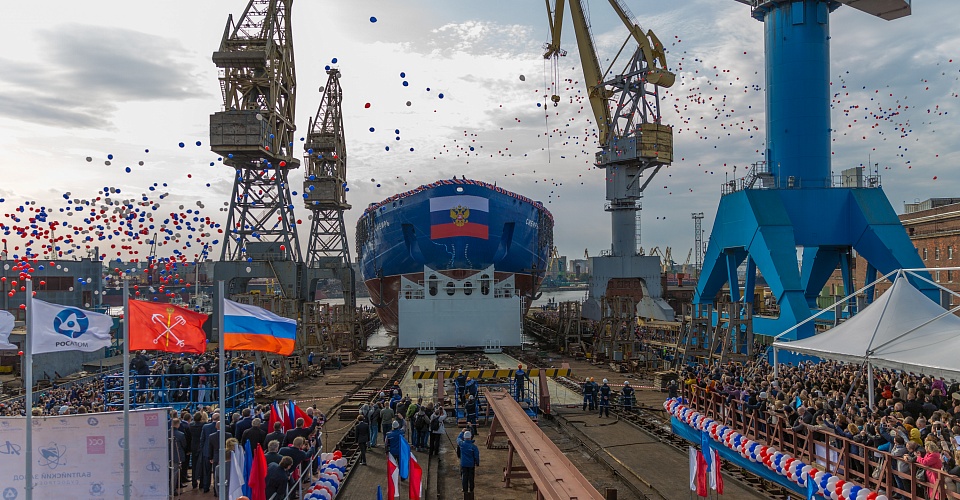 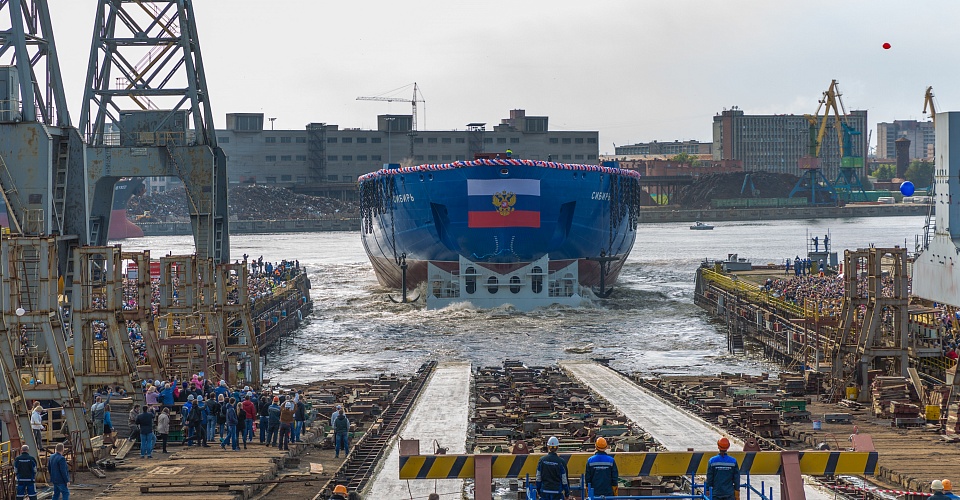 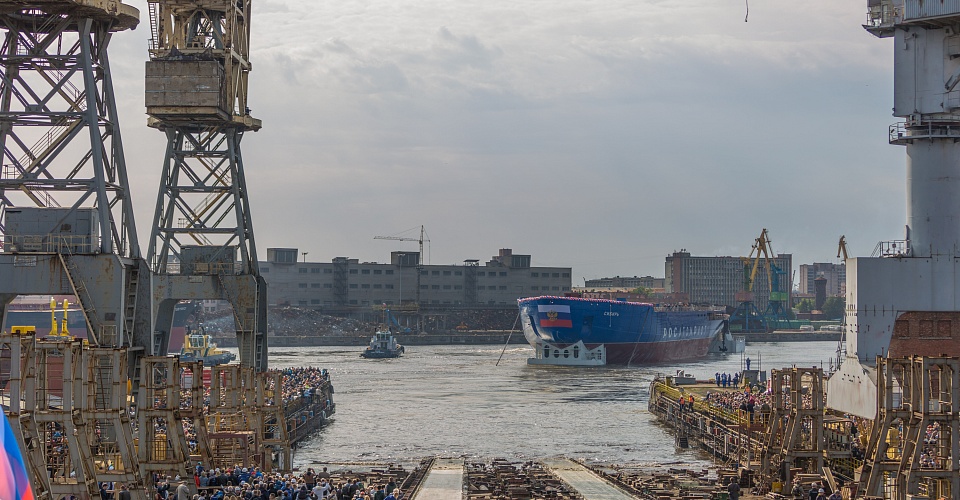