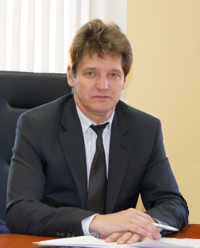 The Baltsudoproekt Central Design Bureau, established back in 1925, is the oldest Russian design company.

In 1999 the Bureau was incorporated in the Krylov State Research Centre as a branch, in 2008 it received the KSRC division status.

Since the time of its establishment the Central Design Bureau has produced about 200 ship designs with over 2600 ships (of total displacement exceeding 11 million tons) actually built to these designs. All ships built to the designs of CDB are noted for their excellent seaworthiness and operational reliability.

Baltsudoproekt produced a wide range of ship designs (in many cases being pioneers in the Russian and occasionally in the world shipbuilding), which for many decades were and remain to be now the backbone of the Russian marine fleet.

CDB is noted for producing a wide range and types of ship designs:

Baltsudoproekt Central Design Bureau is using state- CAD/CAE systems, which in combination with the wealth of design expertise accrued over the years as well as robust research and experimental capabilities of the Krylov State Research Centre, enables it to cope with any challenges and remain a leader in the design of ships and marine structures.