is appointed Director General of the Krylov Institute. 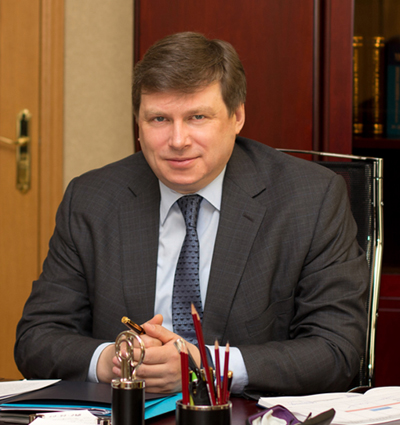 and  have come to KSRC and visited Krylov’s experimental facilities including the new ice basin. 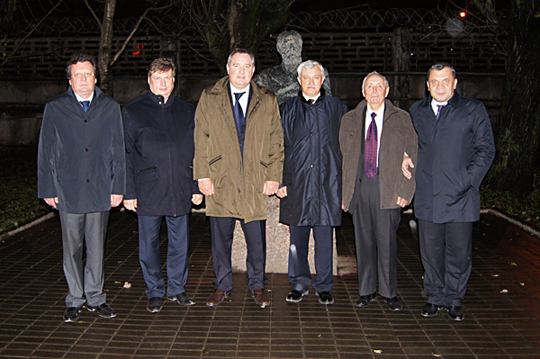 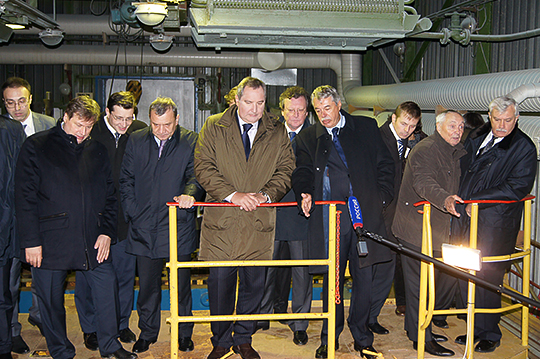 D.O. Rogozin and G.S. Poltavchenko at the new ice basin of the Krylov State Research Centre

The Russian Federation Government approves the state program Development of Shipbuilding in 2013–2020. The Program has been elaborated by the Krylov State Research Centre and United Shipbuilding Corporation (OSK) with consideration of information and proposals contributed by the Russian Federation Ministries of transportation, energy and agriculture. The State Program is aimed at increasing the share of Russian shipbuilders on the world market. 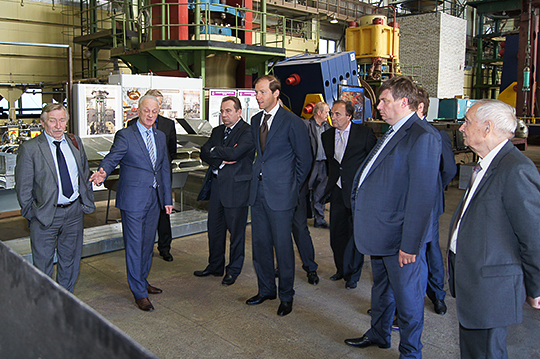 Minister of Industry and Trade D.V. Manturov on a tour around Krylov’s experimental facilities

Year of 150th anniversary of the Krylov Centre. On this occasion the St. Petersburg Branch of the Russian Academy of Sciences (RAN) held a jubilee session at the Krylov State Research Centre with invitation of RAN Presidium members, municipal authorities and senior members of the Russian Federation Government.

The Krylov Centre sets up the Arctic Engineering Centre for integrated management of design and construction of ships and platforms for Arctic applications.

In the period from 2009 to 2016 the Krylov Centre have performed a series of investigations and analytical studies on existing structures, materials and manufacturing technologies of LNG carrier containment systems, developed and justified alternative design & manufacturing options. This work has been performed for the Russian Ministry of Industry and Trade under the Federal Target Program «Development of Civil Marine Technologies». 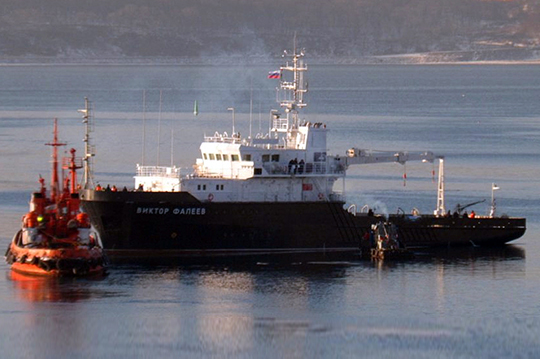 A  ship design is presented at an international conference in Amsterdam. Design and construction of  ships for Arctic is a priority issue in view of Russia’s ambitious plans to develop mineral resources in this region. 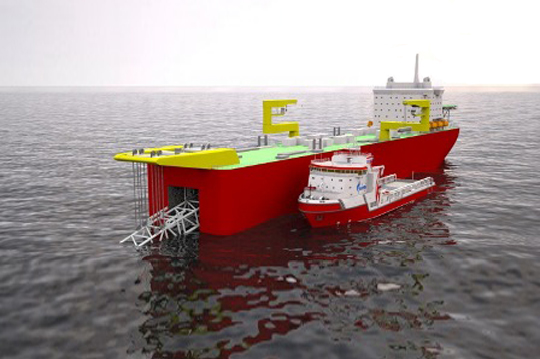 The conceptual design of a  cable layer ship is elaborated. The ship is to be equipped with a modern integrated control system for subsea cable laying operations as well as related services at sea.

Design of a  research vessel for prospecting and exploration of solid mineral resources in the world ocean has been completed.

The Baltic Shipyard lays the keel of a  nuclear icebreaker (Project 22220). The basic design was elaborated by CDB Iceberg, the electric propulsion system was designed by Krylov State Research Centre (TSNII SET). 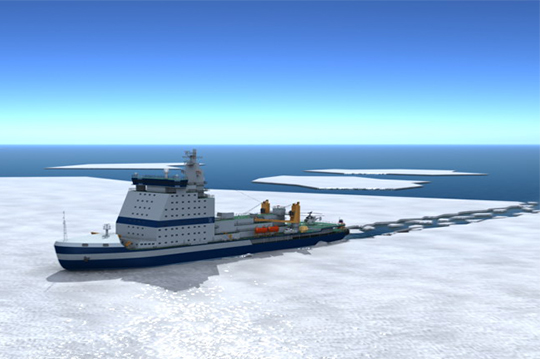 The Krylov State Research Centre has designed a    vessel of Arctic class and  production platform of BUOY type with detachable spider buoy for operation in the most difficult  parts of the Arctic Shelf.

Krylov’s project Development of   icebreakers using domestic research and production infrastructure is nominated for the Russian Federation Government Prize in Science and Engineering of 2012.

Participation in major exhibitions and conferences: 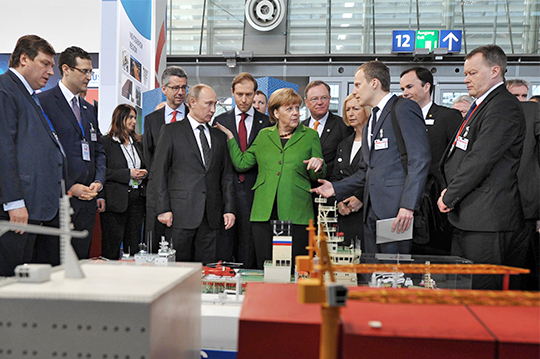 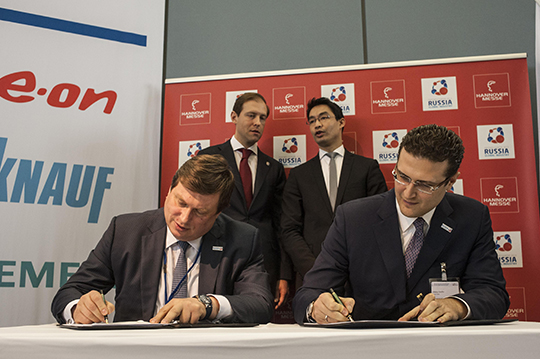 Signing of Agreement on cooperation with Nordic Yards 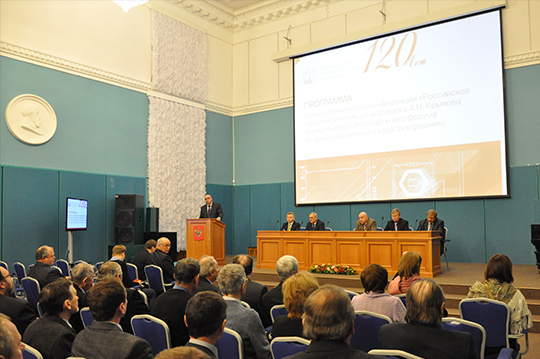 Commissioning of the new Ice Basin – a state- research laboratory in ice technologies. 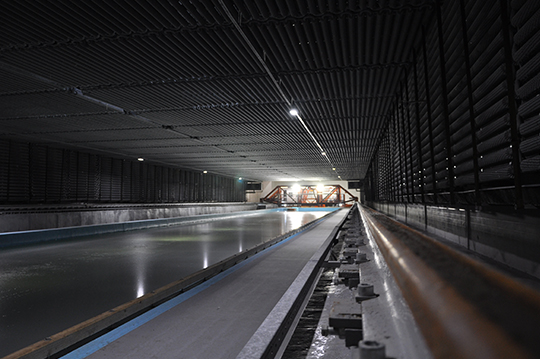 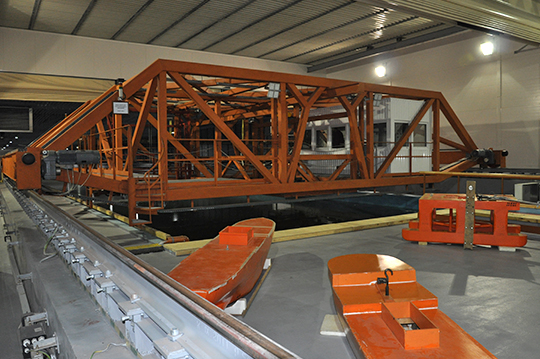 St. Petersburg State Marine Technology University opens the first chair based on the relevant KSRC research division «SHIP STRENGTH AND STRUCTURE» followed by another three chairs of this format.

In pursuance of the order issued by the Russian Federation Navy  the   tanker of Project 23130 (under construction) is named after the naval architect and scientist Academician  Pashin — Director of the Krylov State Research Centre form 1990 to 2012.

The Krylov State Research Centre becomes a laureate of the Russian Ministry of Energy Contest «Development of modern technologies for safe passage of  ships in ice…». 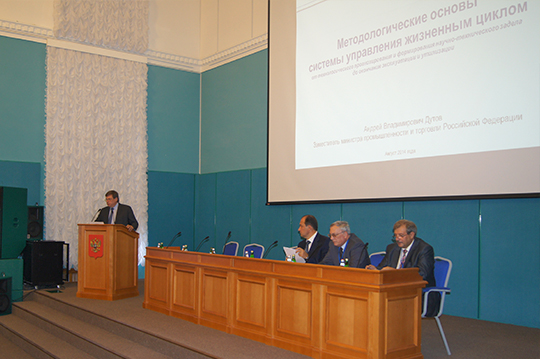